SUPERIOR, FULLY INTERACTIVE, ONLINE INSTRUCTION
Full Mentorships with Rebecca Leveille, Dan Dos Santos, Greg Manchess, Scott Fischer, Todd Lockwood, Donato Giancola and Figure Boot Camp Basics & Beginning Illustration with Marc Scheff. For more information and to enroll click here
Fall 2017 SPECIAL GUESTS
TBA SOON: Greg Manchess' guest
Jonathan LeVine
Every few semesters we bring in a guest that all SAS students can watch and ask questions of, regardless of their survey option choice, or whom they are enrolled with.
We are thrilled to have Jonathan join us in this capacity for our next session!
While Jonathan will be reviewing work from Rebecca's students in the gallery focus mentorship, all of SAS will be given a meeting link to come to this session to ask questions during any Q/A time during the visit.

As a youth growing up in Trenton, New Jersey during the 1980s, LeVine recognized the appeal of countercultural aesthetics including punk flyers, comics, graffiti and tattoos. Beginning in 1994, LeVine became an independent curator, organizing exhibitions at punk and alternative rock venues in the NY/NJ area such as: CBGB, Webster Hall, Max Fish, and Maxwell's. By promoting these visual art forms through group shows in venues that were home to their musical counterparts, LeVine gave a home to this nascent art movement, early on.
In February 2001, LeVine opened his own gallery Tin Man Alley in New Hope, Pennsylvania. The gallery relocated to Philadelphia in late 2002. In January 2005, LeVine renamed and moved his gallery to the epicenter of the contemporary art world, Manhattan's Chelsea district. After 12 years in New York City, LeVine returned to his New Jersey roots and relocated the gallery to Jersey City. Jonathan LeVine is pleased to continue cultivating new and long-standing relationships with artists and collectors through exhibitions and special programs that go beyond the white cube gallery model.
OUR GUEST  PROFESSIONALS
All of our 2017 "FULL MENTORSHIPS" have one industry special guests attend their class and meet the students.
Our past guests have included the Editor in Chief of Dark Horse Comic'c Scott Allie, the founder and head of Vertigo Comics Karen Berger, Senior AD for Scholastic David Saylor, Creative Director for Blizzard Doug Gregory, Wizards of the Coasts Dawn Murin, Senior Art Director for Charlesbridge Publishing Susan Sherman, Senior Art Director for the Science Fiction Book Club Matthew Kalamidas, Editor in Chief of TOR.COM Irene Gallo, Former head of childrens publishing at Simon& Schuster and current Artists Agent Rubin Pfeffer, FFG's Zoe Robinson and Andrew Navaro, and many more .
ArtOrder Invitational: The Journal art book

We are SO proud to see former SmArt School students represented in this amazing project from publisher Jon Schindehette! Some of these projects above were completed in SAS classes and now will be published in this collector book along side Kinuko Craft, James Gurney, George Pratt and many other industry luminaries!
To PURCHASE this special book click here!
WHAT SMARTSCHOOL ALUM HAVE TO SAY

Before I began smart school, I had four years of college level art education that hadn't done much to allow me to summon the pictures I've always wanted to create from my head. No matter who I asked when I tried to improve, the only answer I received was, 'do more studies, do more studies, do more studies...' and so I copied picture after picture in a braindead fashion with paltry results to show for it. I didn't know why I was doing them or what information I was getting - until I started working with Greg Manchess.

Manchess surprised me with his calm rationale. Rather than other art teacher's vague instructions (now, capture the figure's essence why don't you), Greg started us off immediately with scientific, rational explanations for his ways of thinking, the growth of an artist and even the human psyche as it came to the ability to produce art over a lifetime. When we presented our work, he'd explain every stroke he made. Try to argue against him and he'd defeat you with pure logic. Try to make excuses for yourself and once again -
you'd be defeated rationally. Greg made it clear that, with enough hard work, any one of us could become exceptional
and expected nothing less from us. He gave us no magic tricks, but he did give solid strategies about everything from composition to visual communication, and even practical ways to address the overwhelming failures we all as artists experience. And on top of all of that, he's just about the sweetest guy you'll ever meet!

If you haven't taken his class and feel intimidated by his work or as if you're not good enough for him yet, I'd hope you'll change your mind. Greg is endlessly patient with students of all skill levels and not one of us has regretted our afternoons sharing art, our knowledge and laughs together.

My mentorship with Todd Lockwood was probably the biggest step up for me in several years, in terms of my art, and has stuck with me since. Even in the class setting, I was granted so much one-on-one advice and mentorship from Todd that it never felt like a traditional classroom.
I took a second mentorship with Iain McCaig, which unexpectedly pushed my storyboarding skills enough that I'm working full time in the animation industry.
I owe a lot to everyone - Rebecca, my mentors, and the other students in my classes, many of which I've kept close contact with since. Looking forward to taking another one soon! 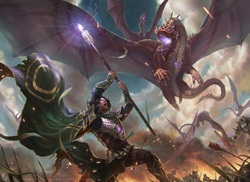 It has been an amazing 3 months for me. The teachers are all very supportive, passionate, and so focused on what the students need.

I have got assignments that pushed me beyond my comfort zone, trying out new approaches, Improving areas where I am lacking and I really feel that  I have improved during my study here. Every time I approach a new painting now , the voices of the instructors just kept echoing
in my head XD and it is a very good thing to keep having questioning
your piece what is important and what is not.
Smart school has been one of my smartest choices in life. Thank you. 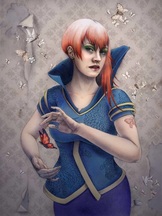 After I graduated with my BFA, I fell into a slump and lost direction with my work. I decided to take Illustration 102 with Marc Scheff and I am so happy that I did! I feel like I have made a huge step forward in finding my specific, artistic voice. Marc was very helpful to all the members in our class, helping us on an individual basis with each of our specific goals.

I also sat in on Donato's lecture series, which was fantastic! How do you boil down 20+ years of experience in to 12 weeks? He has somehow managed to do this! It truly was jam-packed with high quality content.

The difference Donato Giancola made for me is incredible. He would open doors of knowledge and experiences to help us grow tremendously. With a painting I worked on during his Spring class 2014, I was accepted as a finalist within the ARC International Salon Competition.  For me, that is a great achievement. Thank you SmArt School, thank you Donato!