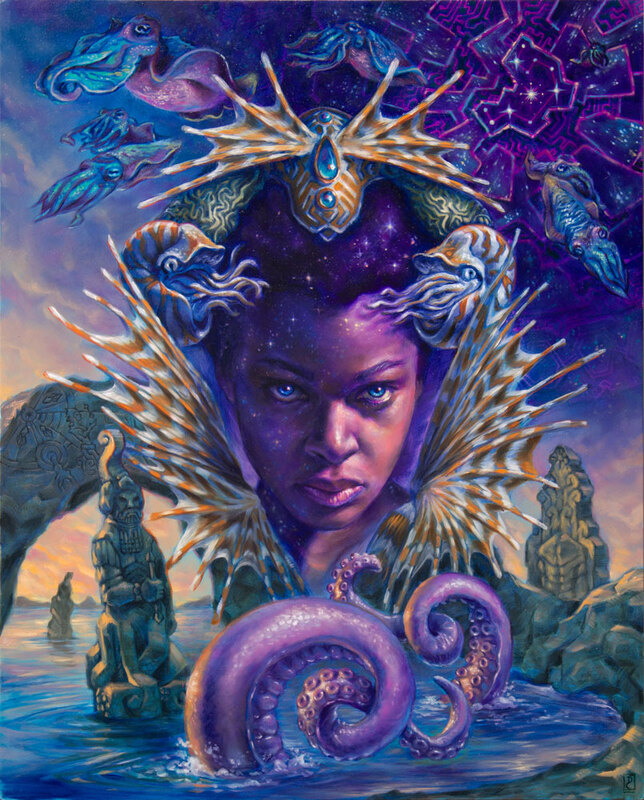 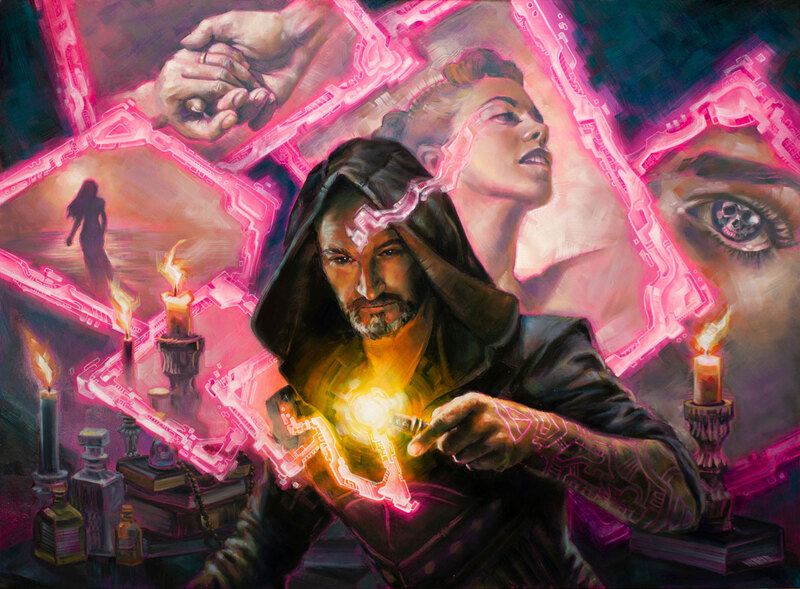 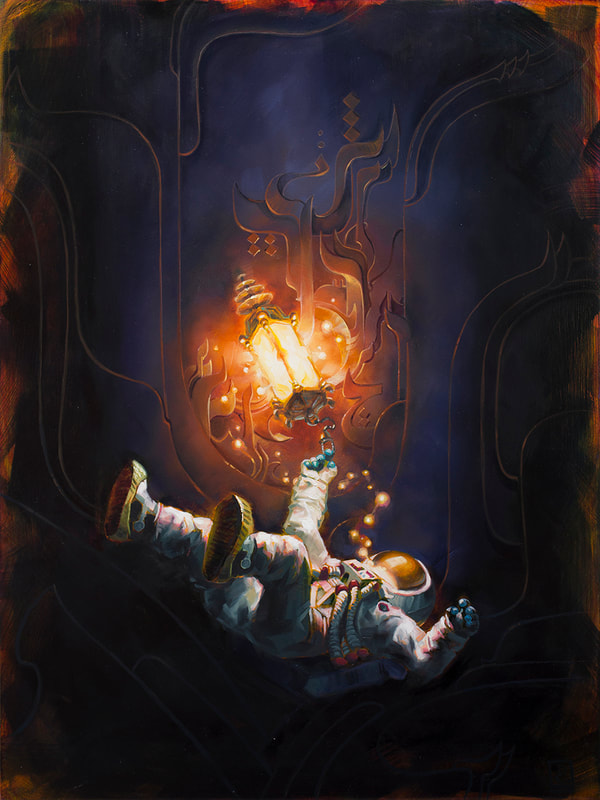 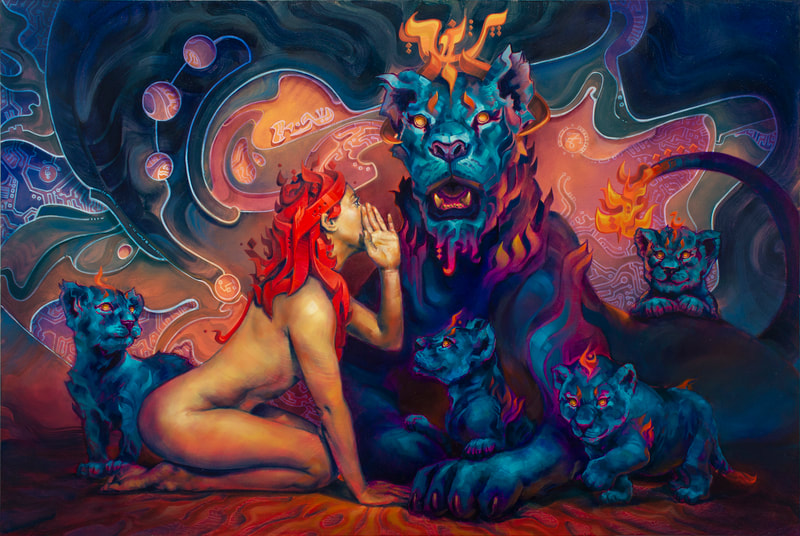 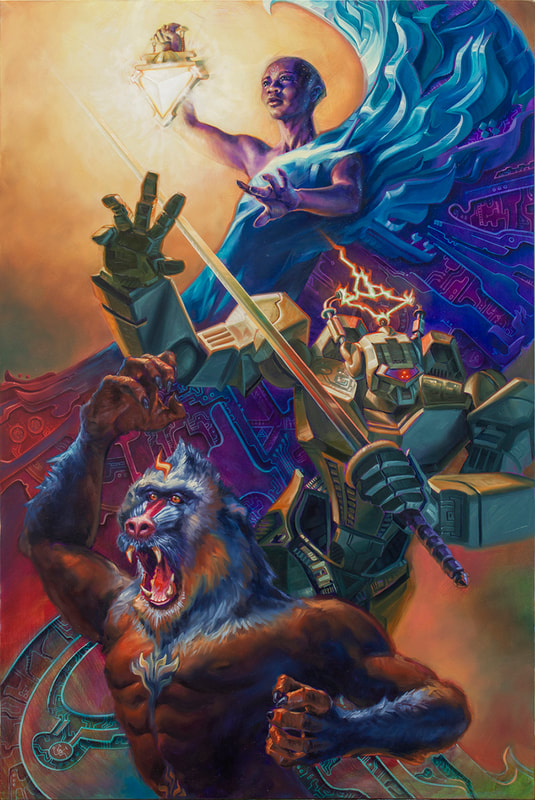 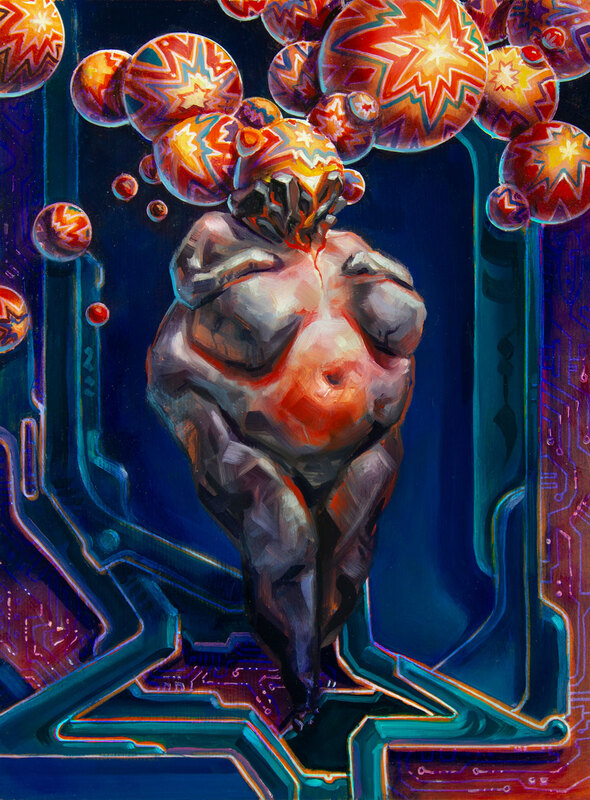 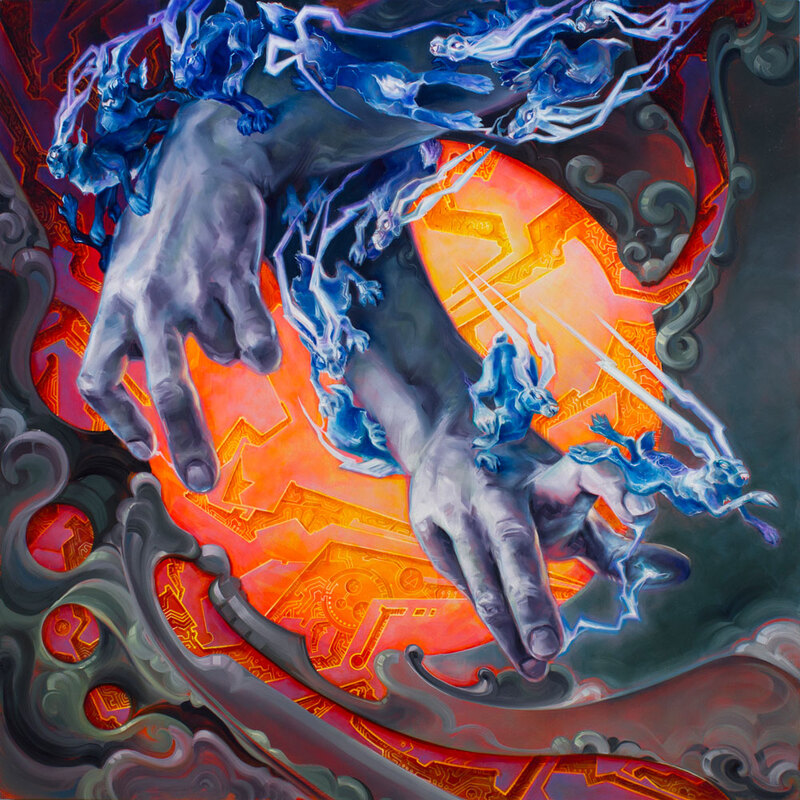 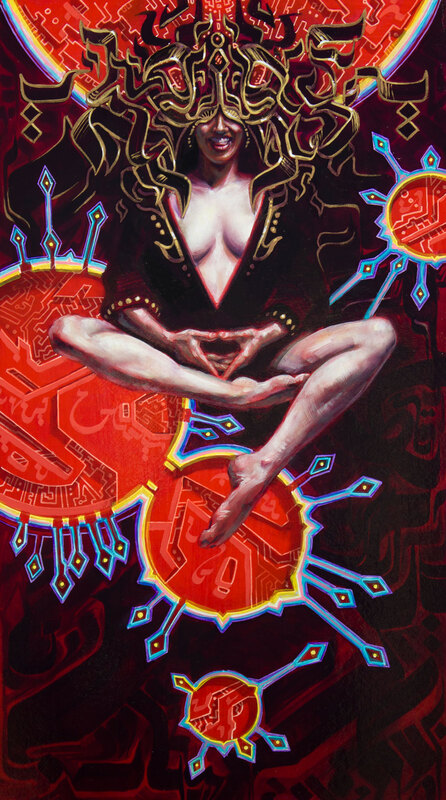 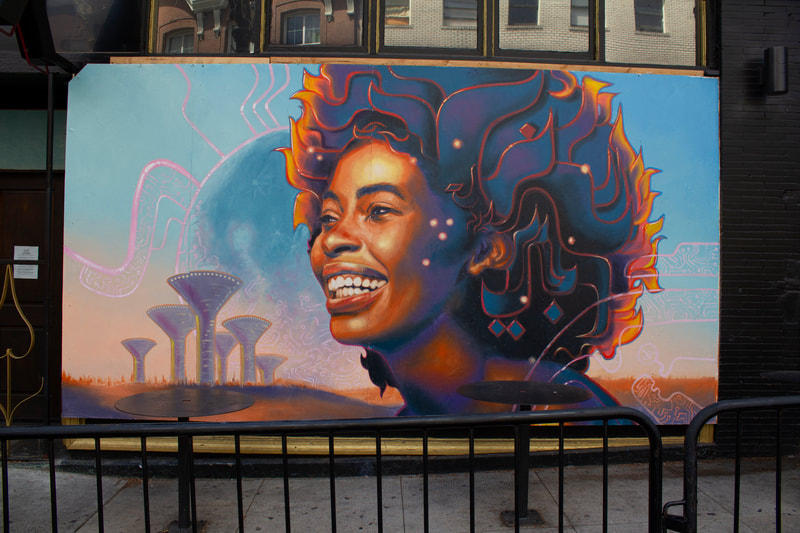 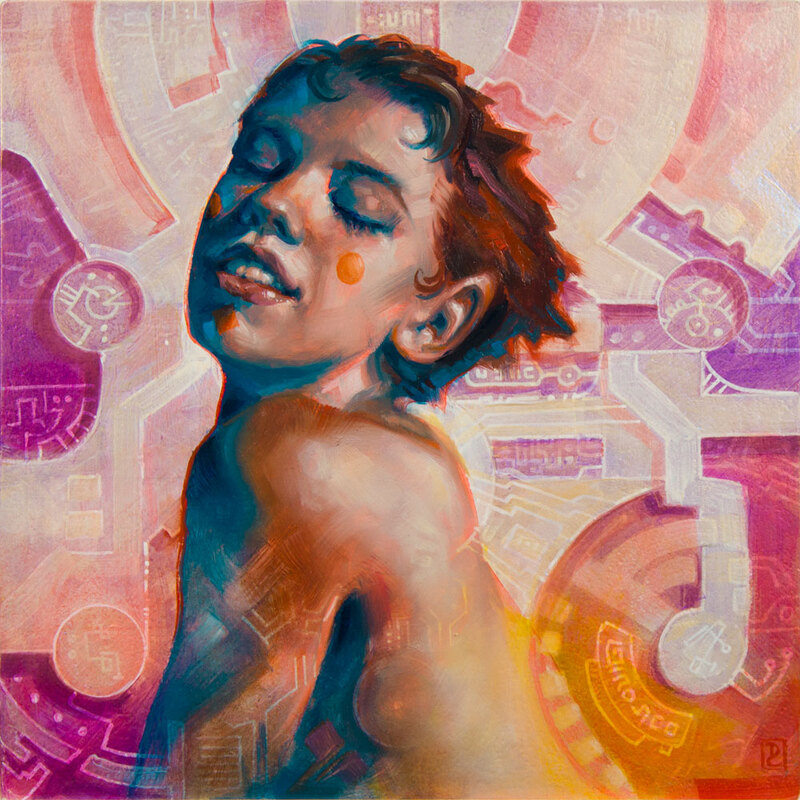 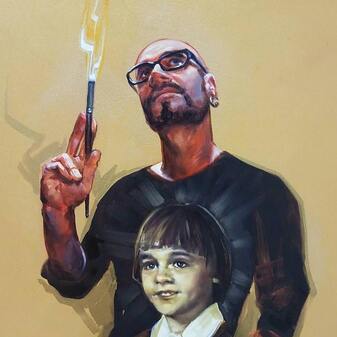 Dan Cohen is a classically trained painter, sculptor and muralist. His work has been shown at galleries and events around the world – and on many buildings and walls.

He currently lives in Portland, OR.

“My Superhero Mission is to Re-Enchant the World. It’s all too easy these days to feel disenchanted, as though Magic and Wonder are dead and gone, encased in a tomb made of jaded cynicism and modern materialism. Magic and Wonder are still here of course, waiting to be acknowledged. Re-enchantment is attuning to the humming Soul of the World. It’s revealing the hidden layers of meaning that lie just below the surface of things. It’s playing with possibilities. It’s the feeling of a before unseen world crystalizing right before your eyes. Of peering into that unknown yet familiar world, then having the feeling that something is peering back.”