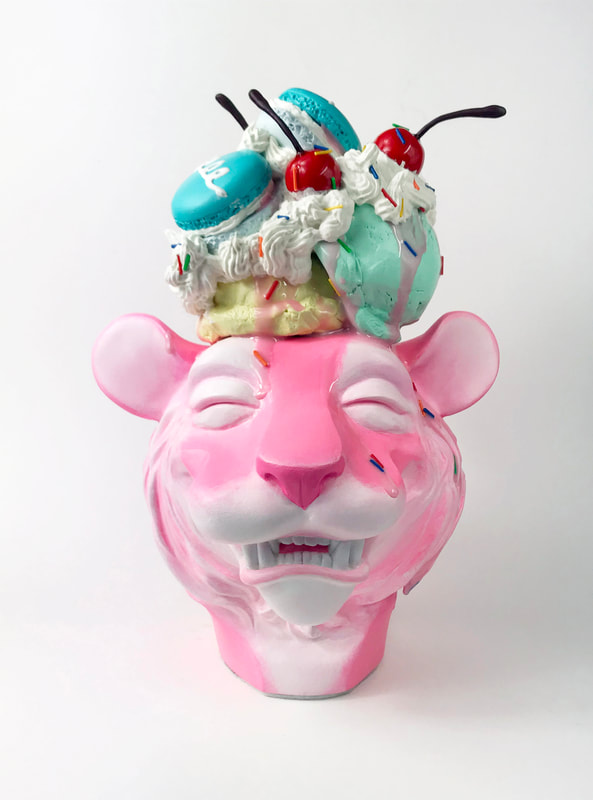 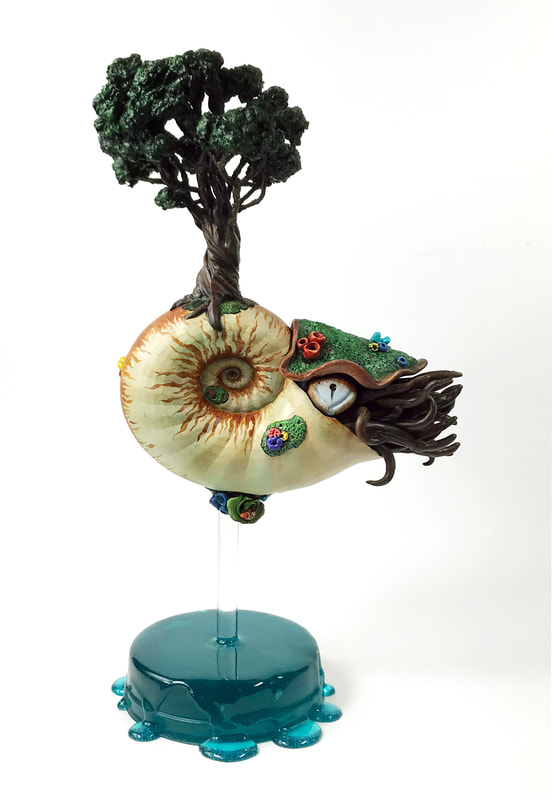 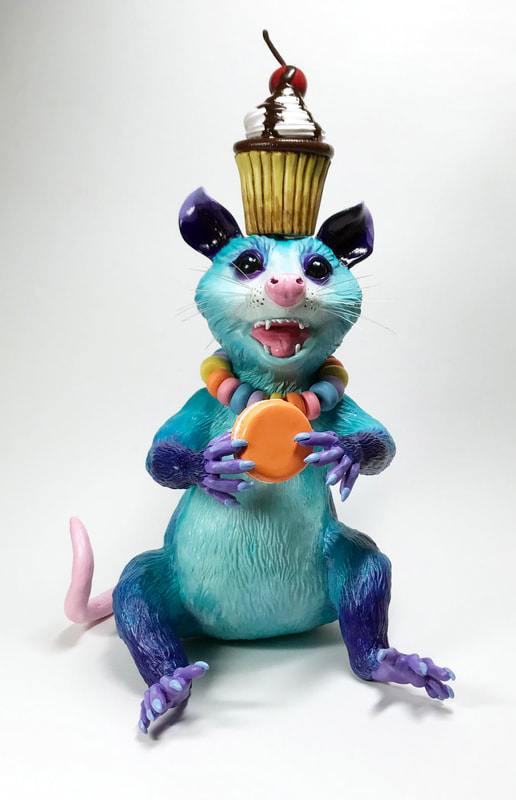 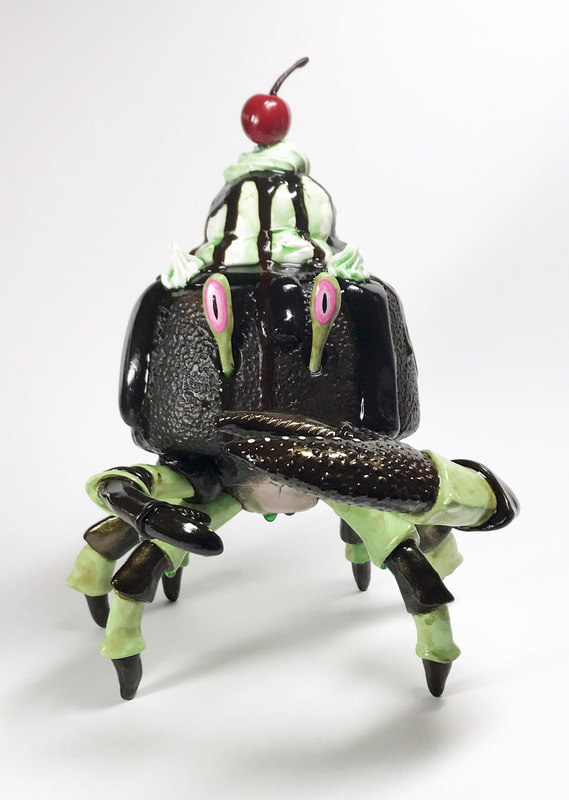 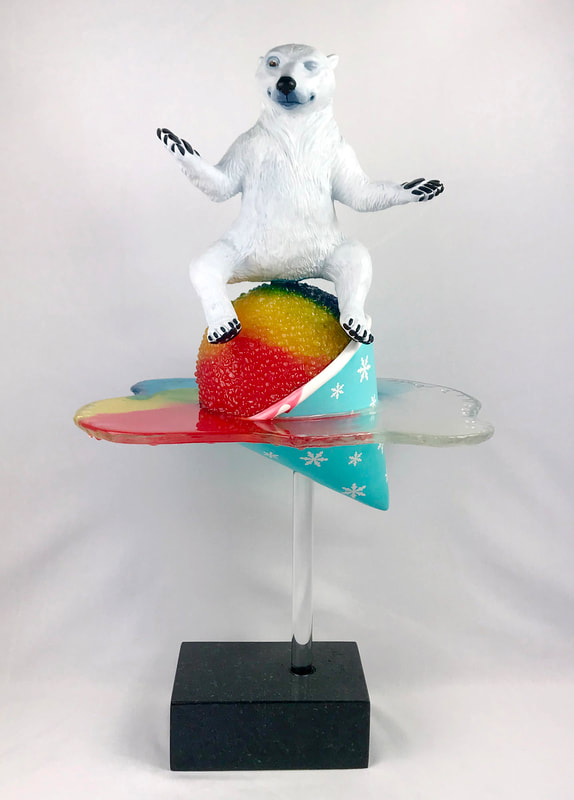 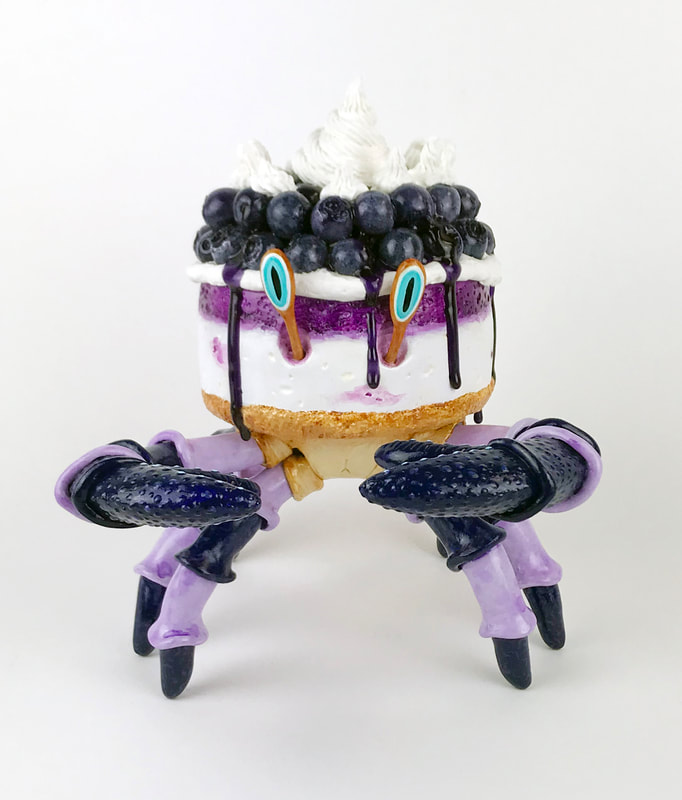 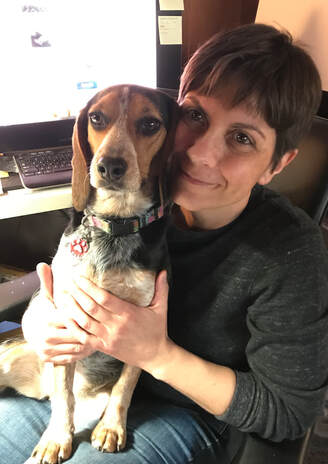 Corina St. Martin is a surreal/pop artist and sculptor with a degree in graphic design from the Schoool of Advertising Art in Kettering, Ohio. She was born in Rockledge, Florida and grew up both in Florida and in southern Wisconsin. After several moves she landed in Richmond, Indiana with her partner Julie and their semi-domesticated wild things.

Animals and colorful desserts play a dominant role in Corina's work whether it be two dimensional or sculpture. A life long fascination with our planet's various lifeforms began early on through trips to various zoos, aquariums, the ocean and museums along with her grandparents National Geographic and Smithsonian magazine subscriptions. These magical places and a steady diet of books laid the groundwork for the fantastic to grow in her imagination.

For over twenty years Corina has worked in various fields of art. From learning handbuilt ceramics with Steve and Sue Batson to apprenticing for the world renowned Peter King in architectural ceramics to working at Karen Johnson Productions in animation, there has been plenty to be inspired by. She is also quite versed in the art of lost wax bronze casting through working at David Scott Fine Art Casting and also Manitou Springs Fine Art Casting. She has also mentored under Rebecca Guay before and after the creation of the Smarter Art School and has worked with the amazing instructors at the Illustration Master Class. She credits that first IMC class in 2008 with changing the direction of her artistic life.​